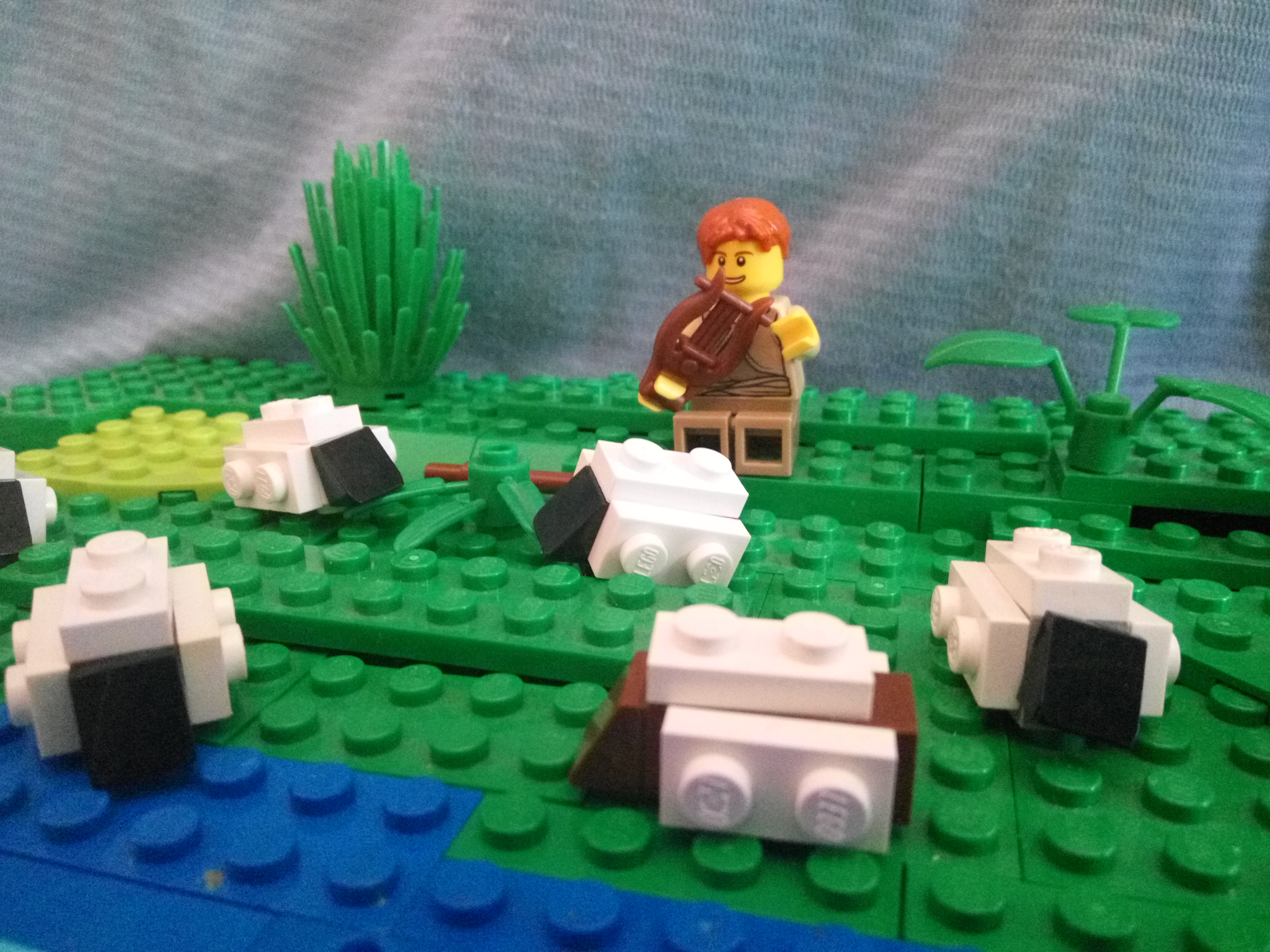 Memory Verse: Colossians 3:23 And whatever you do, do it heartily, as to the Lord and not to men.

David played his harp and sang as he watched over the sheep. Maybe you think that being a shepherd would be a fun job, working outdoors with cute sheep. We never see pictures of shepherds watching sheep on a rainy day. David was there day and night in all weather. Sheep don’t smell very good. They don’t listen well, and sometimes he had to search for ones that wandered off.

In the book of Psalms, in the Bible, you can read many songs that David wrote and played on his harp. He wrote more than seventy of them in his lifetime. David loved God very much. He lived to please God. He even wrote a song about how God was his shepherd. He didn’t worry about the future because God was with him.

David was a brave young man, fighting wild animals to protect his sheep. At the same time, he had a gentle heart and sang songs that told God how he was.

David seemed to be alone often. He was forgotten by his family. Nobody really cared about his songs. But God never forgot David.

When you work, what is your attitude?

Who do you work for?